You open a box 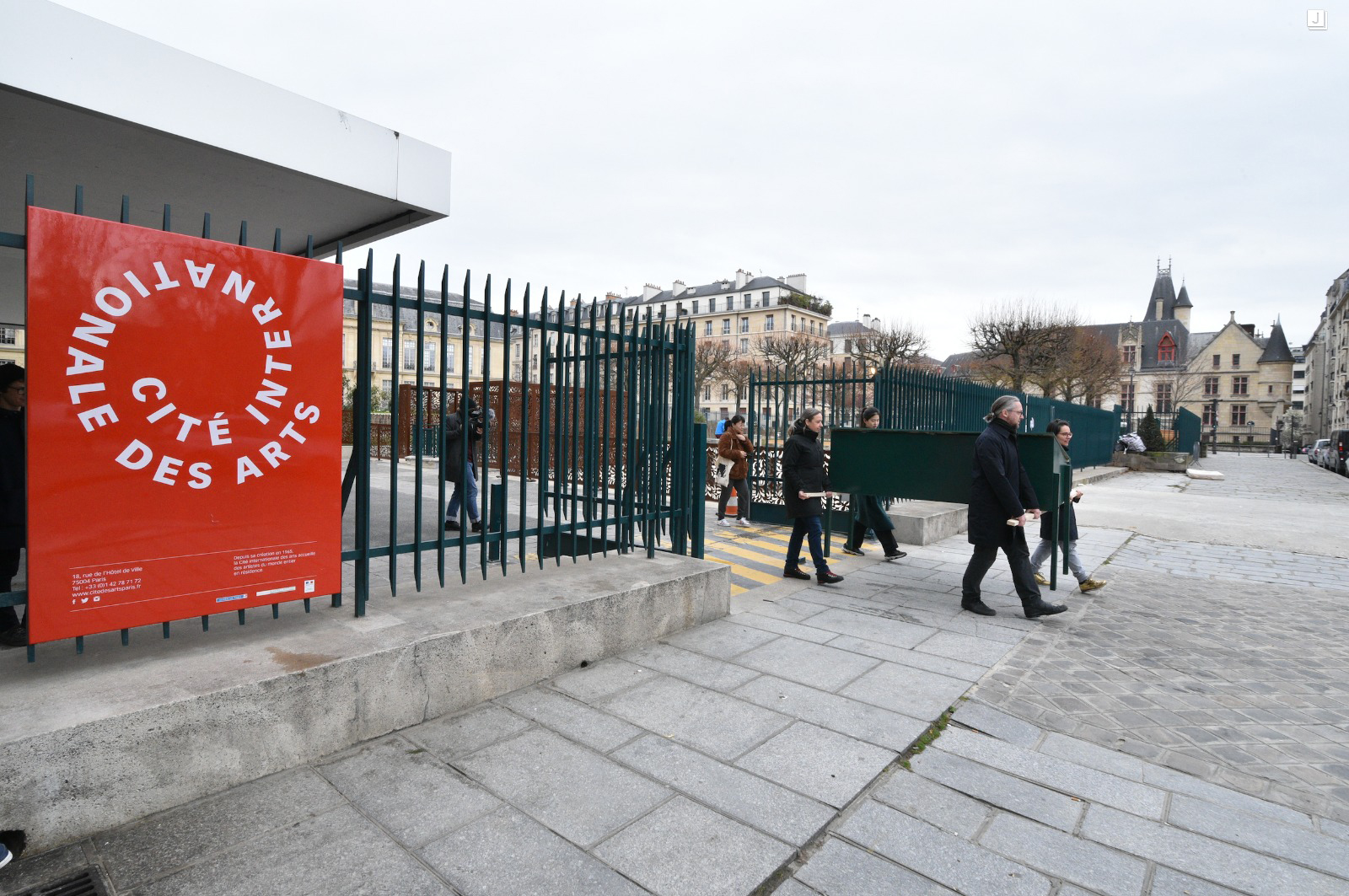 Bouquinisten „You open a box…“ is a collection of performances and exhibitions about community in the time of social distancing. It brings together German speaking artists from the artist in residence program at Cité Internationale des Arts. The group had been meeting regularly for self-organised dinners and exchange rounds during a period when the grêve and Corona was radically changing the public spaces of Paris. They had been planning to open a portable exhibition in a bouquiniste box in front of Pont Marie on the 21st of March. A nationwide lockdown and the outbreak of the covid 19 pandemic stopped the project from its realisation. On the day before all public space was closed down, the bouquiniste box was performatively installed briefy at its designated space. 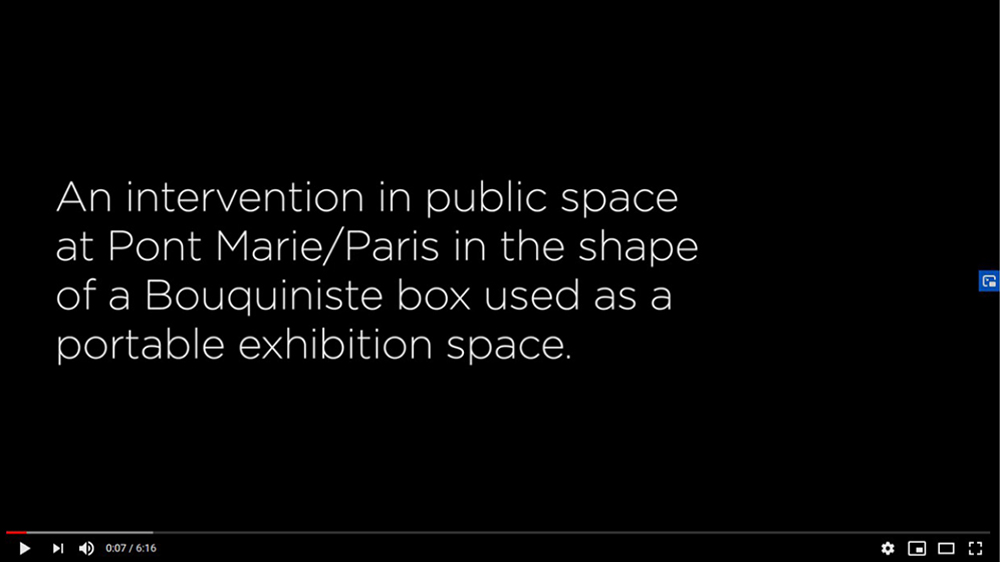 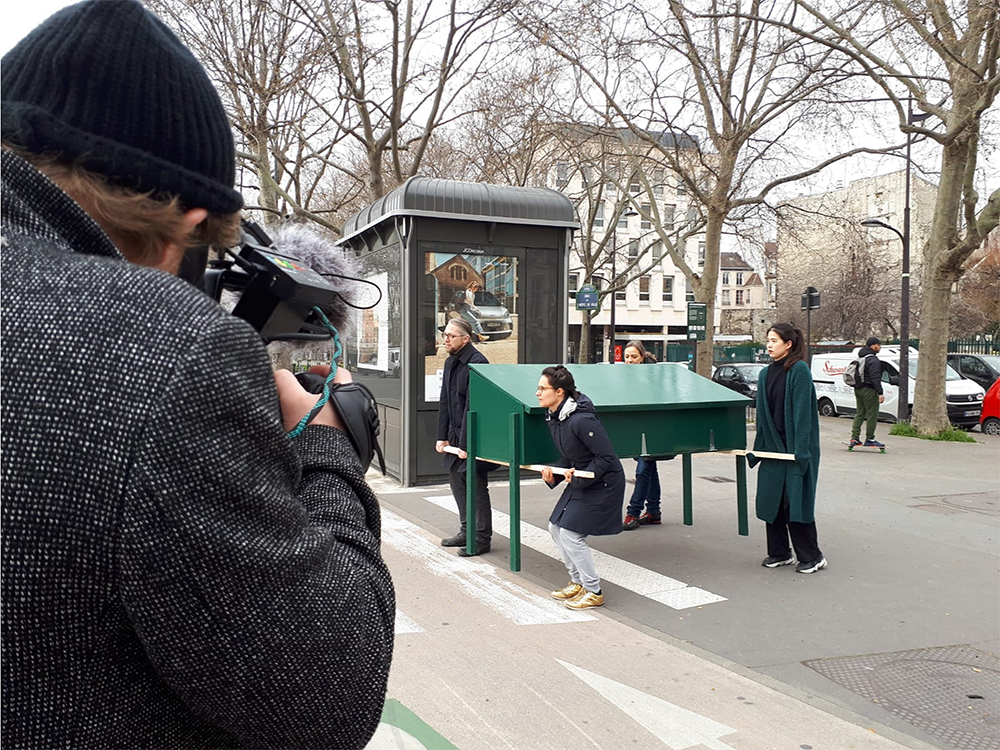 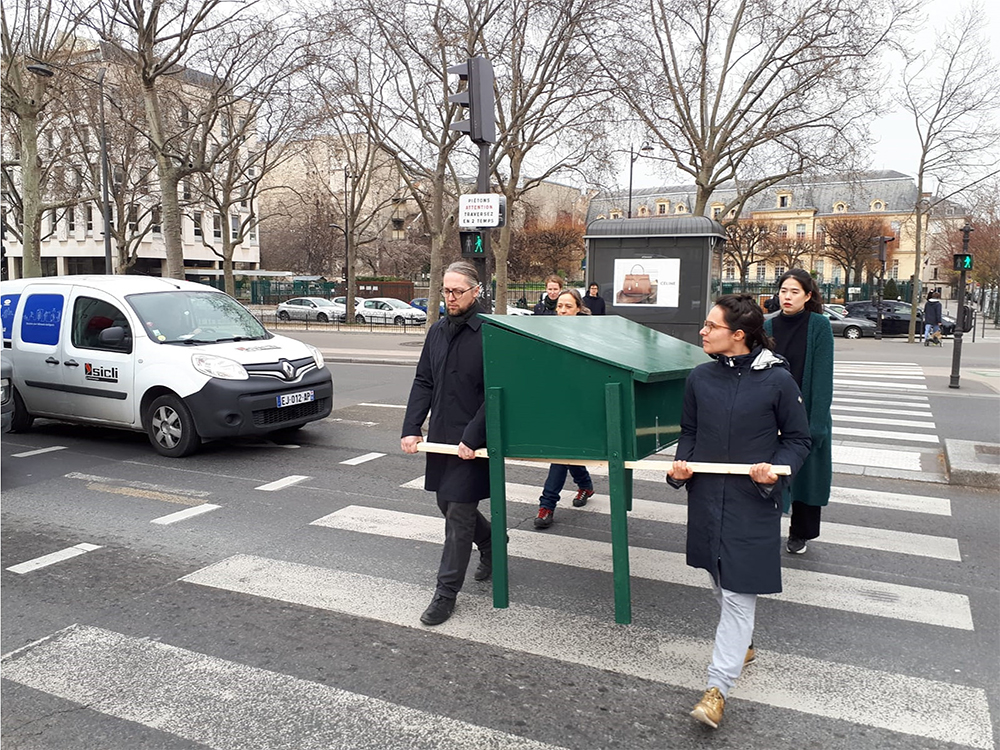 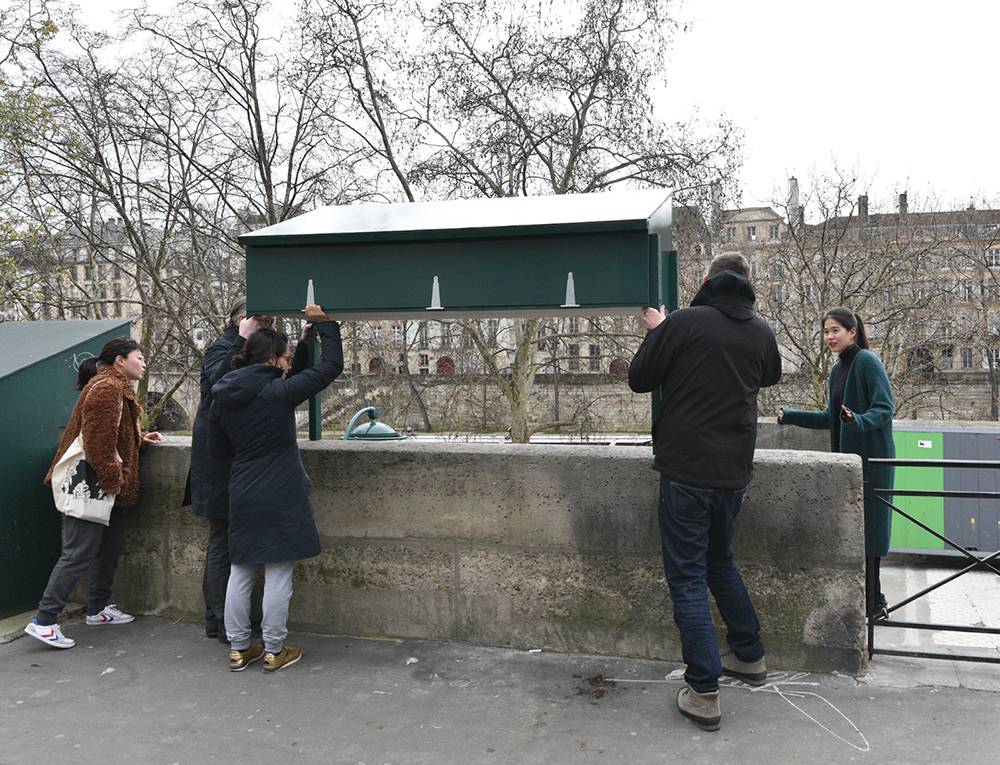 The Bouquinistes: It has been said, that the Seine is the only river to flow between two book shelves. Much of the literature sold here since the 17th century was political agitation or uncensored boulevard newspapers, which would periodically be repressed by the state up until the city of Paris started issuing official concessions in 1859, thus gaining control over the content being sold. „You open a box…“ appropriates this history for a reflection on the role of community and the creation of personal and fragile borders during the Corona virus lockdown. 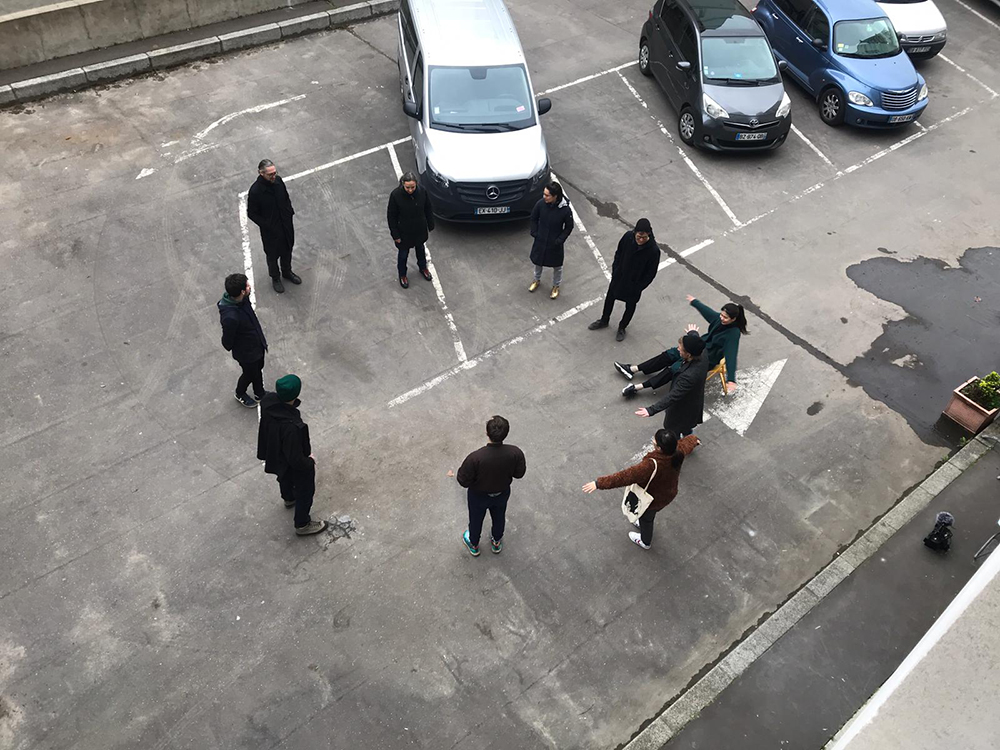