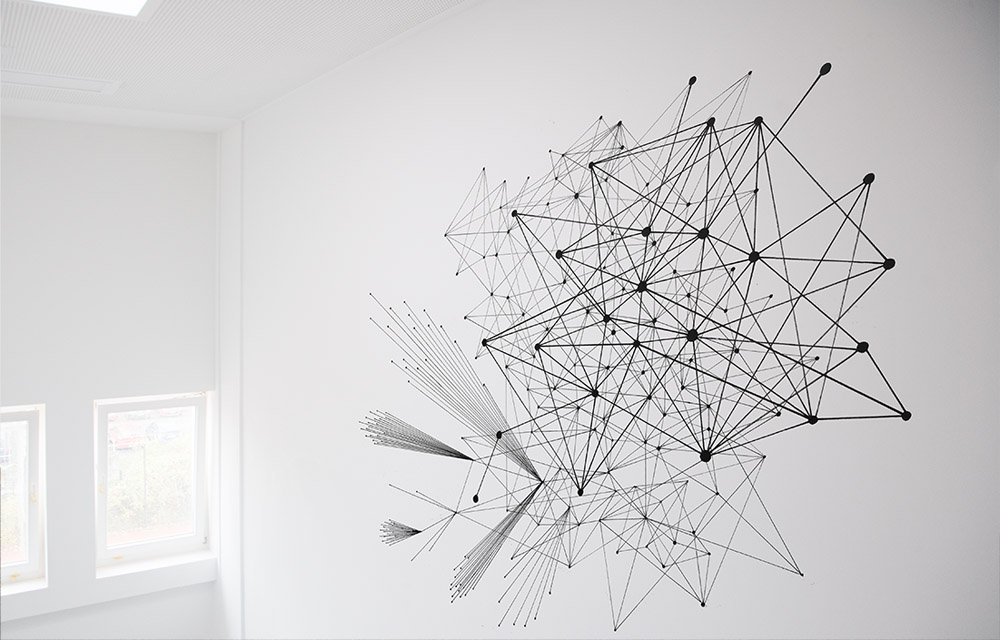 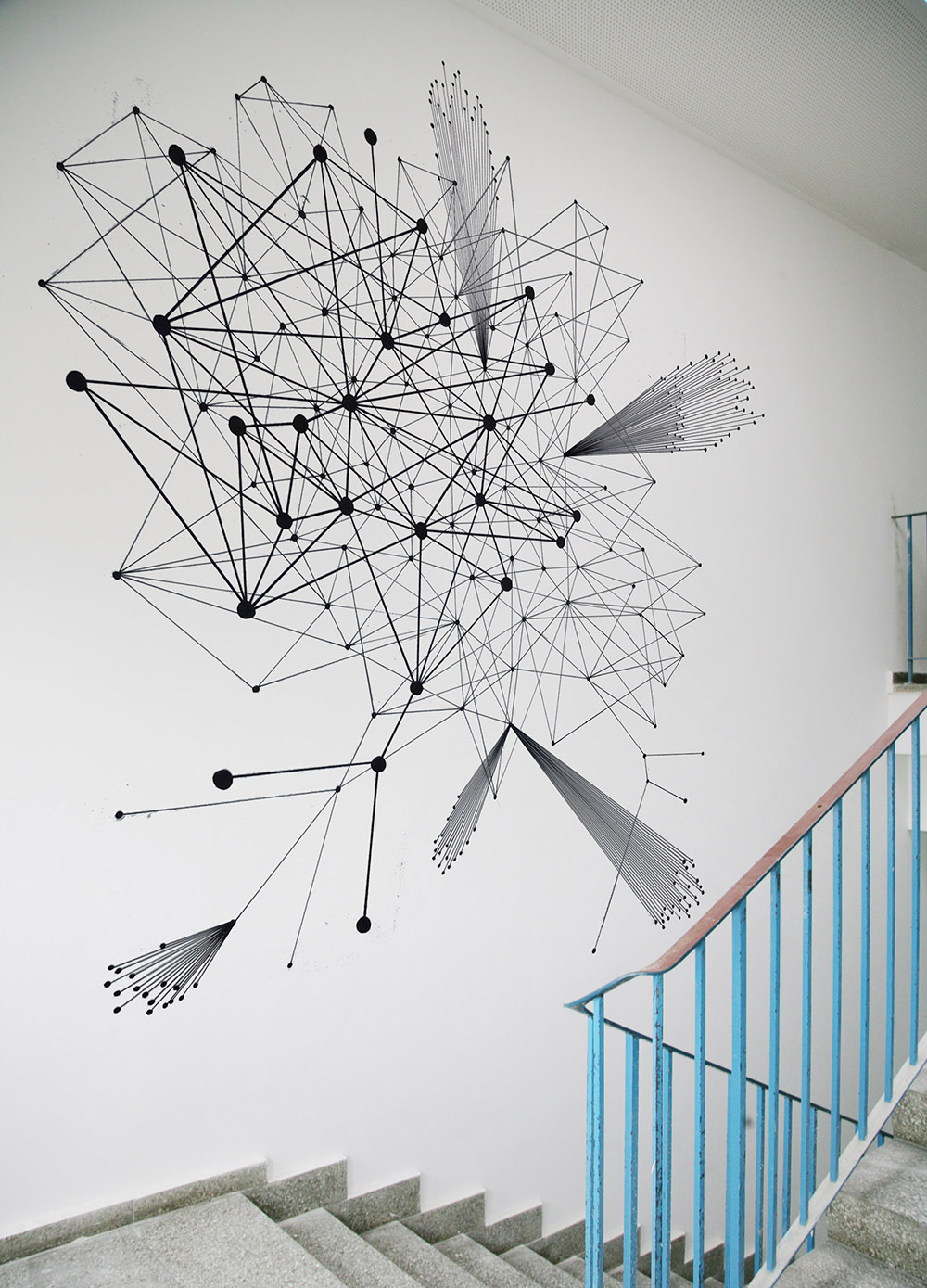 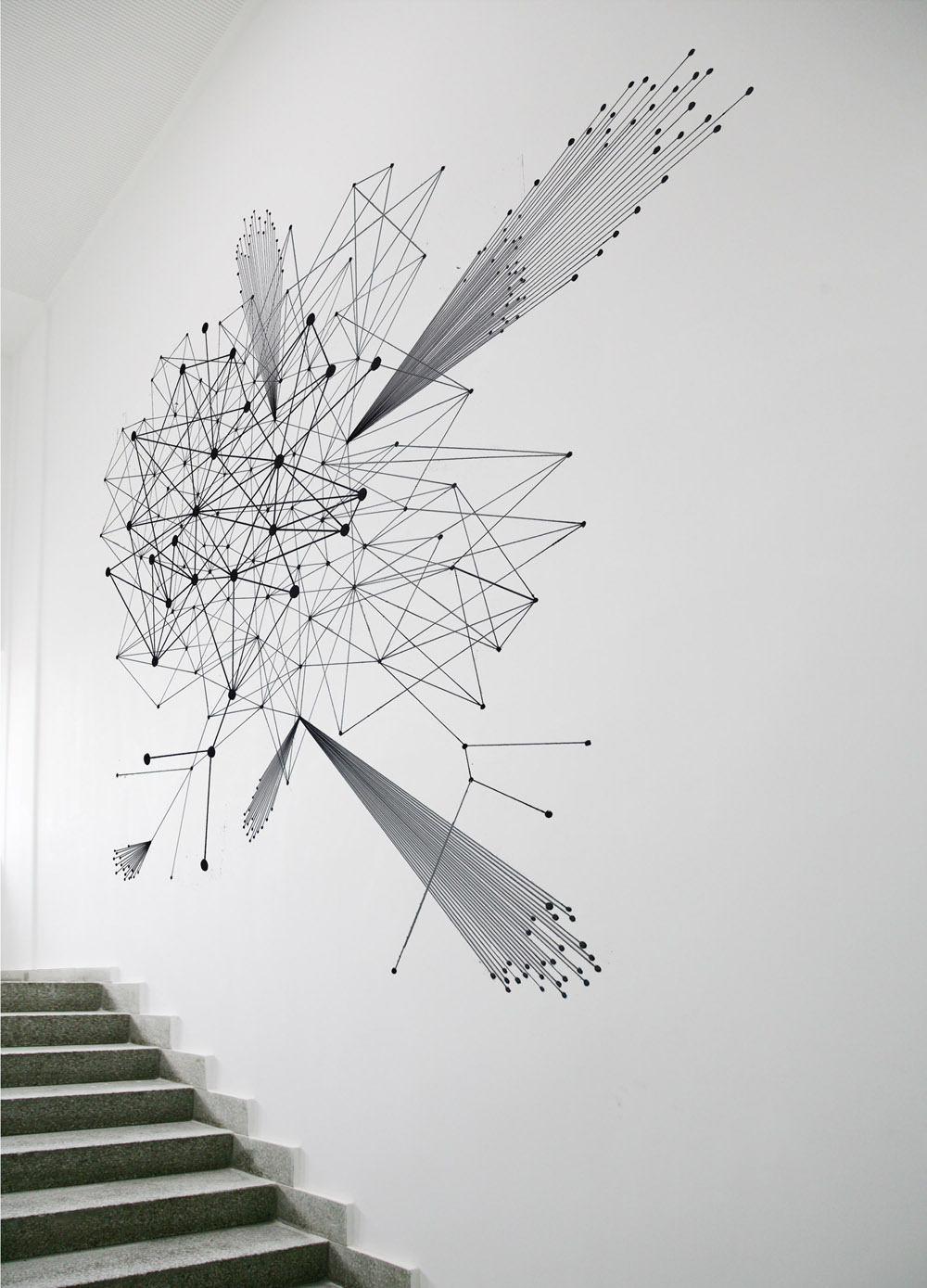 The drawings are designed for two walls on the top floor of the stairwell of Gottfried Herder Gymnasium. The graphic consists of a network of innumerable lines and reference points, which are all interconnected. The modular, geometrical structure has an organic, growing character, which expands on the wall in an exciting relationship to the room boundaries. When the viewer walks up the stairwell, the drawn network of lines and angles results in ever new spatial relationships that clearly expand the real space. As the title „root of language“ suggests, the wall drawing is intended to refer to the question of the origin of the language and thus to the guiding principle of the school. The picture of the networked, organically growing structure not only refers to the formation of the language, which can only be learned through an understanding of the context, the open structure of the drawings is also a symbol for the global integration.